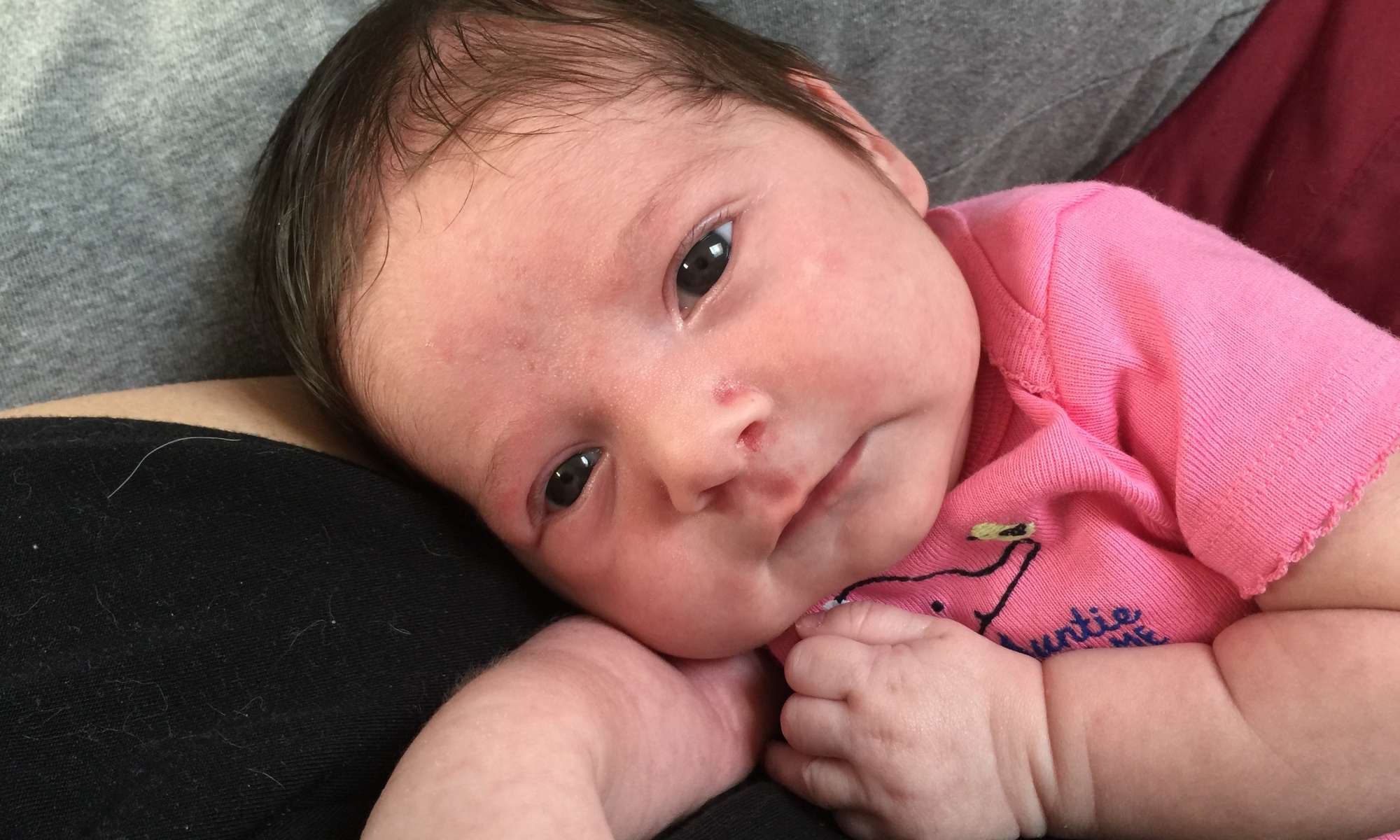 So I decided to do a photo shoot with a ton of flowers and mini pumpkins for her 1 month old pictures. The night before she was 1 month old , my husband and I had her out majority of the day and completely forgot to stop at the market for flowers. So the next morning I woke up, fed her a bottle, and ran out the door for some flowers! I cleared off my kitchen table (it’s become a collector of all random shit since I gave birth) and got to cutting. I cut the flowers stems a little below the bud. I left the foliage as is until I began building the number 1 and then trimmed them as needed. I grabbed my big neutral colored quilt and threw it on the floor in the living room because it had the most natural light. I then grabbed all of the foliage and flowers and got to work. I will say I have a background in floriculture, but this wasn’t hard to do. You just have to know where to cut the flowers that are more delicate because you could ruin it and loose all of the petals. I laid out my stencil using the foliage then added the biggest flowers first. After I saw where I liked the bigger flowers, I added the smaller ones in as a filler. Then I just placed some mini pumpkins in there and called it a day. I slid Isabella out of her rock n play and slowly dressed her into her outfit. I wanted her as she woke up because she is just so sweet at that moment. I made a collage of the steps as I went. 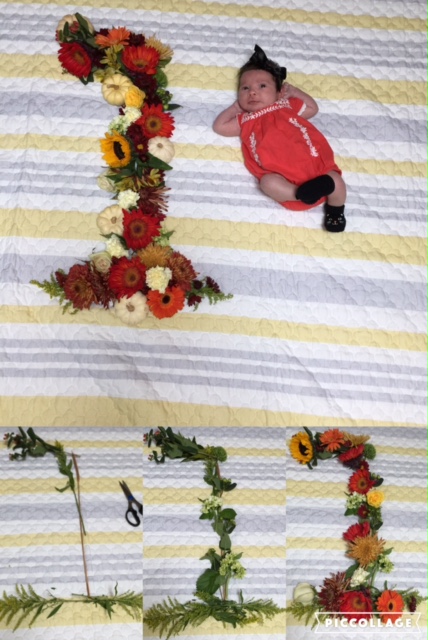 I have been thinking for a few years now about opening my own Etsy shop and doing some crafting. I enjoy making things but I wanted to focus them on infertility awareness. My end hope is to some how help others with the cost of infertility. So I have to start somewhere. I was thinking about making braided pacifier clips and homemade muslin swaddle blankets. I already have my pineapple stamp ready! I really hope you all like what I begin to create. Once I get all of my materials I ordered, I will make a post and open my account. What do you all think?  Here is a quick picture of the pacifier clip I made today for our pumpkin patch visit this weekend. 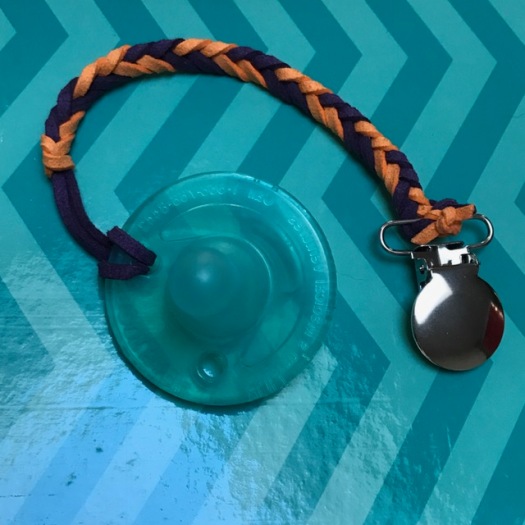 On another note, let’s talk baby. Being home with her these last few weeks have been amazing. I love every second of it. Right now we are dealing with reflux issues. When I was in the hospital, I was able to nurse her and was only producing colostrum. We were discharged on a saturday and had our first pediatrician appointment that monday morning. We found out she lost a whole pound since birth. I knew something was off on sunday when I just felt like my breasts weren’t full. I tried almost everything in my opinion and my milk just never came in. I have read that polycystic ovarian syndrome plays a role in this. Gotta love another blow. Forever, all I wanted was to have a child. It took years. Then I find out I can’t even feed my own child. This child I fought so hard for I was now starving. I immediately began to give her formula. She began to have issues swallowing it and we had to switch to Dr. Browns bottles with the slowest flow nipple. We were using Enfamil newborn for a few days and then mixed each bottle with both the newborn formula and the gentlease they make as well. She has the bottle down now and prefers the Tommee Tippee bottles instead. For the past week I have noticed she arches her back at times, grabs at her stomach, has issues pooping, and yesterday was spitting up which she has never done. So now after being diagnosed with reflux we are starting off slow and just switching her formula from the mixture to just the gentlease. If that doesn’t help in a few days then we discuss again with the doctor on switching to a different brand of formula or hypoallergenic and if we are going to add medications. Fingers crossed this formula switch is it!!!

Have a great day! 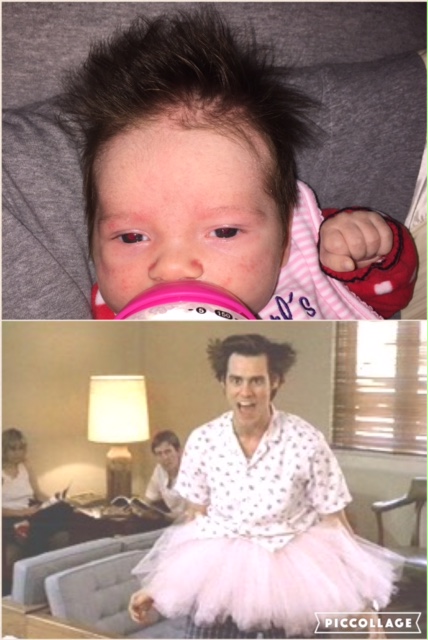